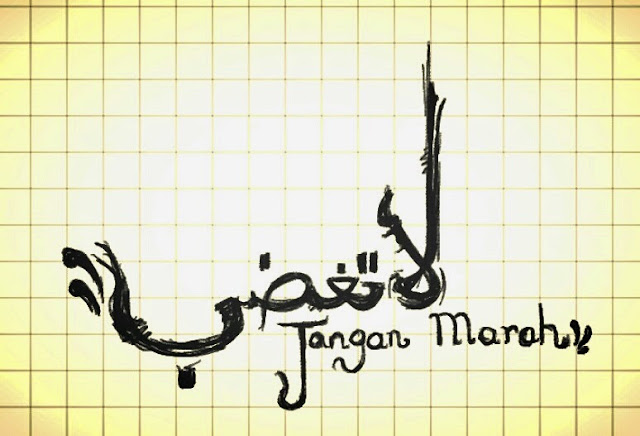 181: of marriage and a newborn

Life's been busy. I was busy. Searching for my own soul.
Plus. We have a new member in our family. My daughter. Born 20th of March 2014. Just two weeks ago and here I am sitting in front of the lappy updating my old stinking blog. 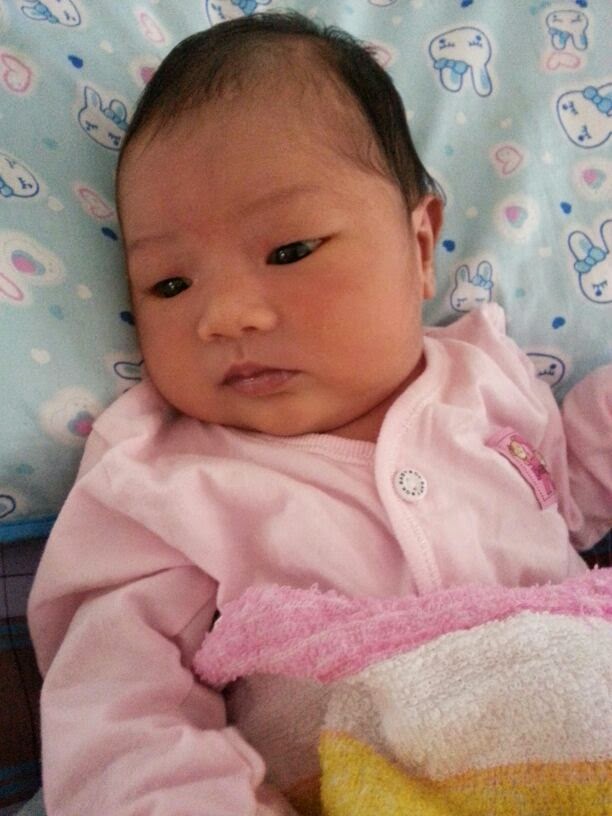 Somehow, I still feel the urge to draw and put it here. No matter how I tell myself that I am too old for this stuff. Having a hobby is ridiculous when you have a steady job and a happy family, no? Of course not. I dont know what made me push myself to think like that.

AND. May I humbly share here my little story. In 2012, just 4 days after my birthday, our son was born. This year, 4 days after our 3rd wedding anniversary, our daughter came along. Before, I managed to draw a doodle for mr Hubby (ntah dia buang mana suda itu lukisan)... I meant to (hopefully) illustrate how much he means to me... 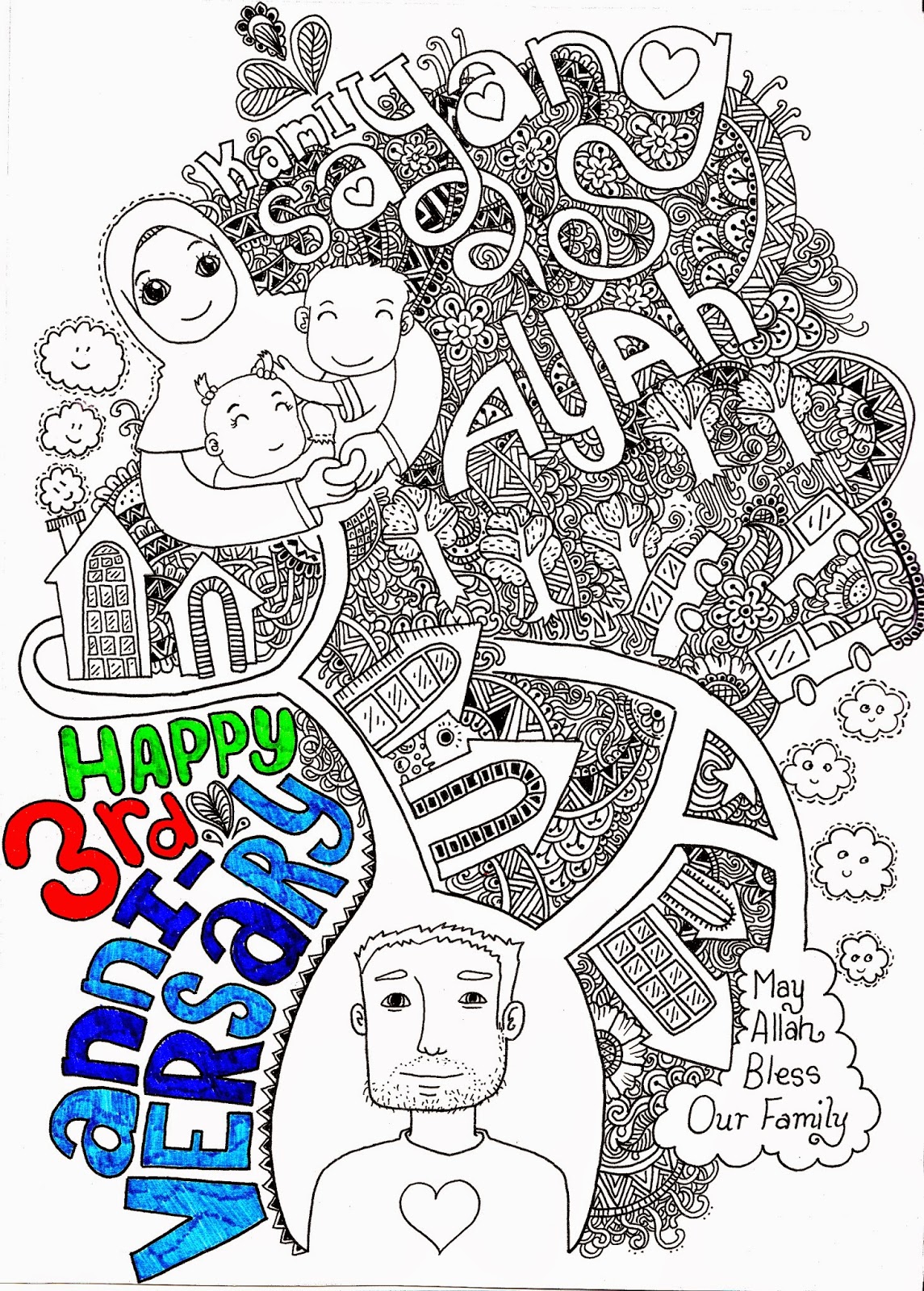 Syg sgt bersyukur Allah temukan jodoh syg sama abg. You are the root of this family; and a strong one at that. You take care of us and go beyond to make sure we are happy and have a comfortable life.You never stop to amaze me with your big heart and your never ending patience. Naik turun hidup sekarang lebih mudah tertampung dengan ada nya abg sebagai tongkat yang mendukung beratnya jiwa syg dan membantu memimpin hati syg yg mencari cahaya.

May Allah bless our family.
Posted by waz at 6:26 AM 5 comments: 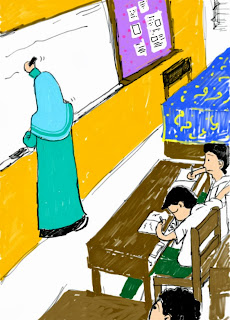 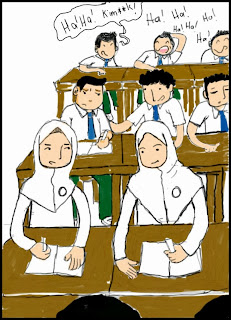 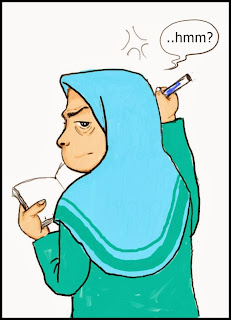 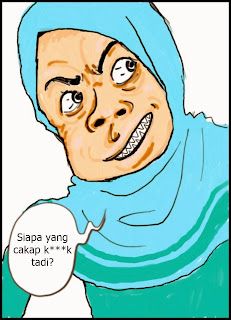 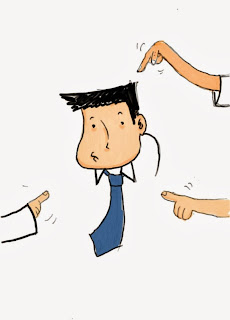 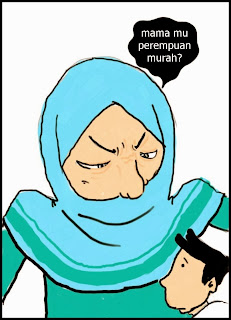 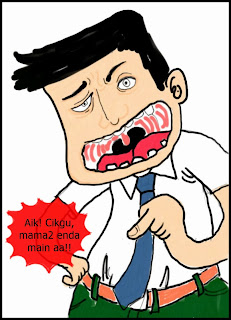 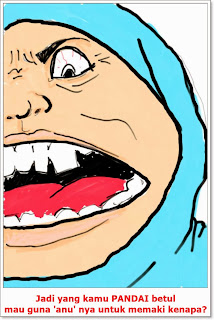 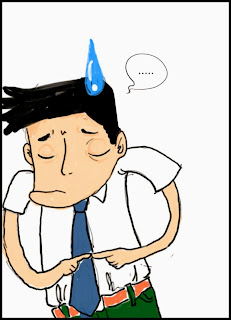 aku fikir banyak kali jugak mau upload atau tidak contengan kali ini. macam isu sensitif. tapi, bila fikir balik, seriously, how many topics should we avoid discussing with our children?? So i hope somehow, some students (or eve GROWN ups) who may read this and understand it because they used to maki mak as they please, please stop... i learn that, we dont want other people to belittle our mother, so why would we want to do it ourselves? because we came out of her vagina? that gave us the right?
Posted by waz at 10:31 PM 9 comments:

Email ThisBlogThis!Share to TwitterShare to FacebookShare to Pinterest
Labels: comic, doodle on note

Reminder for self: " be grateful; be humble; be patient". 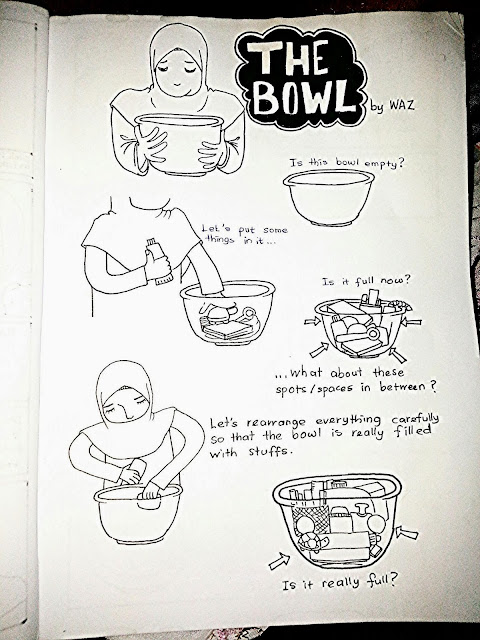 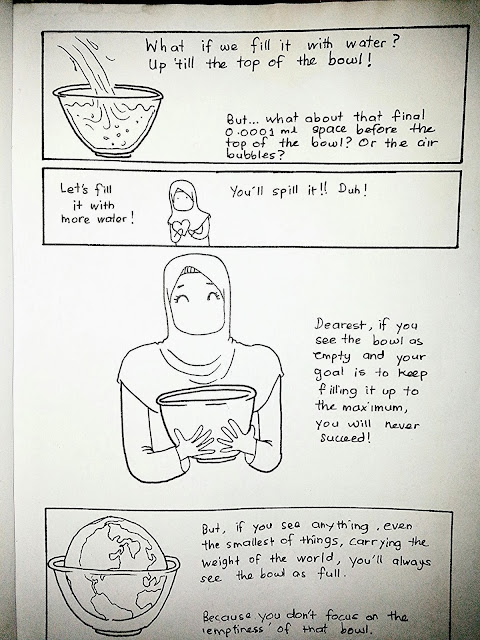 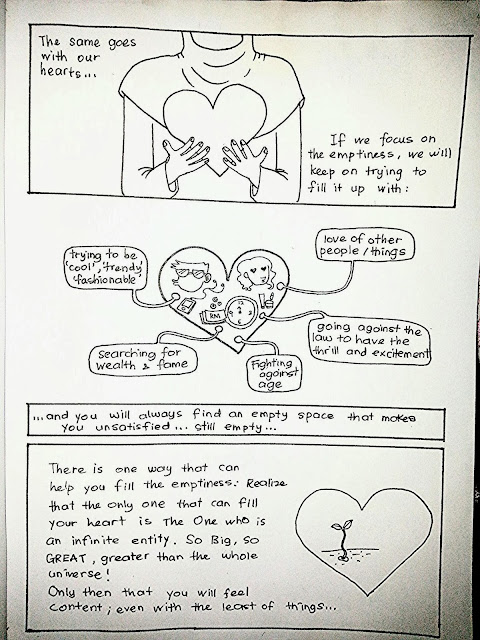 Email ThisBlogThis!Share to TwitterShare to FacebookShare to Pinterest
Labels: comic, in conteng2book

I really don't know why I wanted to write and draw about this. but, it kept bugging me in the head so I just went along with it. I started to draw this a few weeks ago and only managed to "finish" it a few days ago.

When my father was in coma, the eldest sister from his most recent wife took care of him. She was 16 and wasn't schooling. she was with him all the time and I respect that about her. I only visited a few times; partly because of the distance and partly because of the past--of what had happened between us. 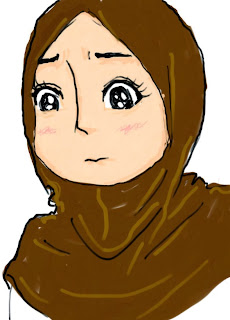 ...and I just starred at him. I really have no idea what to say. My friend from this post (the worrior) advised me to keep on talking about good news that was happening... stuffs that can make him happy... make jokes etc.

But all I can do was stare and thought about all the things that could have been, should have been...  I recited some doa. and yassin. and just continued to stare at him. 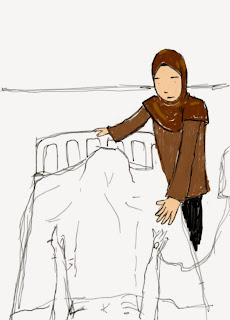 and stare some more...

The next visits were also the same. And I left with a broken heart. Every time. It was amazing how much a man can break your heart all your life and still can do so unconsciously--literally. Or maybe it was my heart that was too broken that it was reminded of why it was broken during each visit. 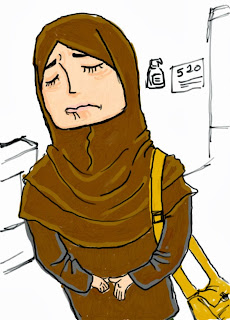 So one day...my half sister called my husband to tell the news. and when he called me, I just went numb. I really don't know what to feel. I stood there in the middle of the staff room and just went blank for a few seconds. When I called my mother to tell her, only then a tear was shed.

My mother, with a strict voice, just ordered me to call the other family members and get ready to go there (he was about 8 hours of drive away) 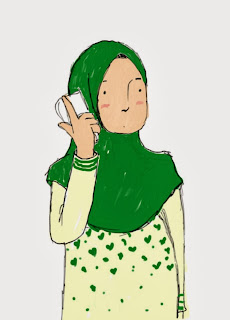 ...and dear Allah, how I was fortunate to have such a good husband. With a help of his friend, he managed everything. I wouldn't know what to do if he didn't come along...

The only time I saw my father (for the last time) was when I went to the mortuary. my thoughts were all mixed up. my feelings were all tangled... 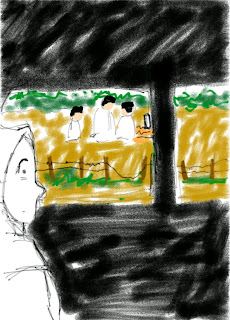 and when his body was brought to the burial ground, I just kept still in the car... because I have to take care of Iyyad, and because I was pregnant. and because,...death; death teaches you forgiveness in a very weird way.

Draw EVERYTHING you possibly can whenever you can. Also, learn anatomy and perspective. Style is not an excuse for shoddy fundamentals, so learn the rules before you break them. Also, the public library is your friend. Check out some books on drawing and never stop studying. Keep in mind that artistic prowess takes YEARS to develop and although talent helps, it is NOTHING without determination, practice, and hard work.
Never give up."- Kevin Bolk, 2010
Thank you /bloodseeker/ for sharing this quote 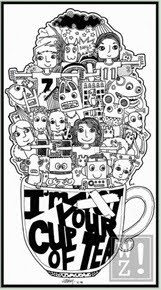 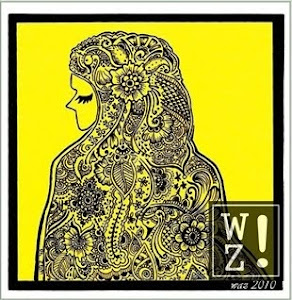 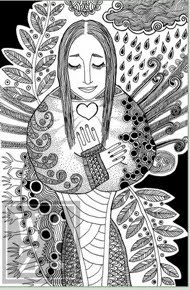 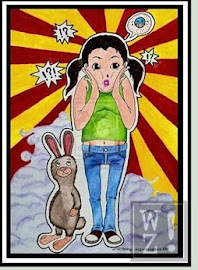